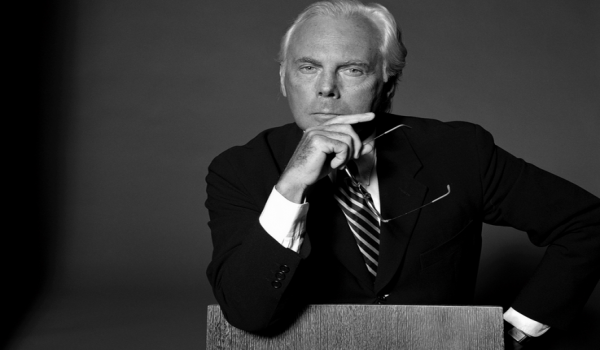 Giorgio Armani on 40 years in fashion and creating a legacy

His talent and vision has made fashion houses the empires they are today. Victoria Moss meets the man behind the label in an excusive extract from his autobiography, offering a rare insight into his life and work.

As he celebrates 40 years in fashion, 81-year-old Giorgio Armani remains as resolutely private and elusive as he is successful. His empire comprises 500 stores around the world and spans numerous clothing lines (from haute couture to denim, childrenswear and activewear), as well as jewellery, eyewear, homeware, fragrance, hotels, restaurants, nightclubs, a chocolatier and even florists. Yet he rarely gives interviews, and steadfastly converses only in Italian or French, so any interviewer who does get within a whisker of this diminutive, navy-clad, super-toned style maestro must either brush up on their languages or speak through an interpreter.

Mr Armani (as he must be addressed) is estimated to be worth nearly $8 billion (£5.1 billion), and his success and foresight paved the way for luxury brands to become the multidisciplinary behemoths we expect them to be today, while his modern, languid approach to tailoring and minimal aesthetic revolutionised the fashion industry. After dressing Richard Gere in American Gigolo, he forged crucial relationships with Hollywood and spearheaded the concept of fashion houses rather than costumiers dressing celebrities for the red carpet.

And he is still pushing boundaries: his recent autumn/winter couture show in Paris, entitled Shocking, was a fuchsia-fuelled ode to punk, albeit encased in his design signature of elegantly sharp tailoring and quietly showstopping gowns (feathers and sequins, yes – but cut in demure, figure-flattering shapes). So, while he continues to produce material for the fashion annals, for the first time he has deigned to tell all in his own words, in his first autobiography. Here, in an exclusive extract, he lays bare his thoughts on his enduring accomplishments.

Describing yourself is never easy, but it’s an exercise that, when you reach the age of 80, you can no longer put off. It helps you to set down some key points, to look at yourself in earnest, inwardly as well as outwardly. Even though I never stop trying to evolve and improve, I have reached the kind of wisdom that allows me to accept my merits and my faults in peace.

What growing really means is adapting the perfect world of ideas to the imperfect one of reality. It takes a lifetime to be able to do so, but in the end you will succeed. For example, there’s something I’ve learned over the years, which is to try to tone down my intransigence: I’m very tough on myself – even more so than on those around me – but I also understand more deeply now that to err is human.

Often, I don’t care to discuss such things with my collaborators or with the outside world. It may be because of my excessive sense of discretion, which stems from my austere middle-class sense of morality, but it’s hard for me to show my private side, which I guard jealously. I detest the idea of flattering myself or resting on my laurels as I contemplate my successes. These are undoubtedly many, but there could be far more. Each success is a point of departure for a new challenge. Challenges: I love them more than anything else, and not so much out of a hunger for fame, or because they lead to more income, but because they allow me to know how the world is evolving while keeping me young. Youth is lost when you stop being in harmony with the times.

I have built my empire upon the observation of everyday reality. From the very beginning of my career, I rejected the outmoded figure of the fashion designer locked inside his or her ivory tower thinking up amazing clothing for privileged women. I wanted to clothe real women and real men, and then, as time passed, the equally real young people of Emporio Armani.

I wanted my outfits to spark their awareness of the fact that they are the protagonists of a fast-moving society. Creating fashion does not just mean creating clothes – fashion is also a workshop in which attitudes are experimented with and new perspectives adapted. I keep my eyes trained on what lies ahead of me, on the horizon, because it is only by keeping a wide perspective and breadth of vision that invention is possible. There’s always a coherence in a genuine artistic point of view – designing a jacket or dreaming up the interior of a hotel are different sides of the same world.

What counts is the vision, and I feel mine is clear-sighted. I’m focused and controlled, but behind the iciness is a hot-blooded and sensitive personality. I have learned to protect myself, otherwise the world might have taken advantage of me. I’m introverted and reserved: I have always preferred my studio to parties and social events, and even today I’m still the first to arrive at work in the morning and the last one to leave at night.

I have found a way to not be overwhelmed by the indispensable performative side of my work: I had to surround myself with a sort of mystique that some may interpret as being aloof, others as a role, others still as a form of shyness. And the latter is the interpretation I like best. 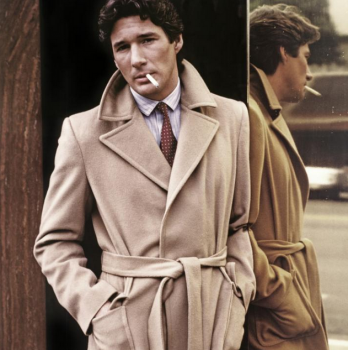 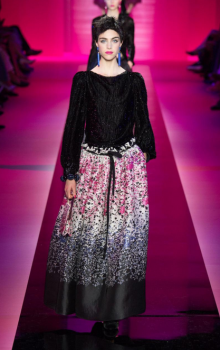 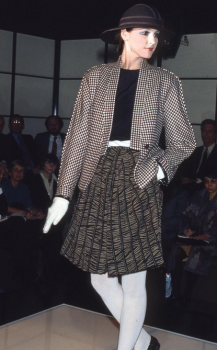