THE MOST SUCCESSFUL MARQUE IN FORMULA 1™ HISTORY, OUR COMPETITIVE BLOODLINE STRETCHES BACK OVER 50 GLORIOUS YEARS. OUR STORY IS ONE OF TRIUMPH. IT’S A STORY ABOUT INSPIRATIONAL PEOPLE, THEIR VISION, COURAGE AND COMMITMENT. IT’S A STORY THAT BEGINS WITH BRUCE McLAREN.

Bruce McLaren started his racing career as a teenager in an ingeniously modified Austin Ulster that his father gave him. A prodigiously talented engineer and racer, he developed his own Formula 1™ car in May 1966. It debuted at Monaco and qualified in 10th place with Bruce at the wheel. In the British Grand Prix two months later, McLaren Racing scored its first point in a Formula 1™ Grand Prix when Bruce finished sixth. The foundations of our world beating racing team and world leading technology company were laid that day.

Tragically, Bruce died while testing the McLaren M8D at Goodwood in 1970. His death was a devastating blow, but we did not founder. In memory of Bruce, racing legend Denny Hulme won nine out of 10 Can-Am races in the M8D in 1970. Wins in the Indy 500 followed for McLaren in 1972, 1974 and 1976. Under the control of Teddy Mayer, we took the Formula 1™ constructor’s championships in 1974, and driver’s titles with Emerson Fittipaldi and, even more memorably, James Hunt

When Group Chairman Ron Dennis took over in 1981, the team was set on its current path: focused, disciplined, confident, inspirational and inspired. Since then, the records have tumbled and the names involved in our story have taken their place in the pantheon of motorsport greats: Niki Lauda, Alain Prost, Ayrton Senna, Mika Hakkinen, Kimi Raikkonen, Lewis Hamilton and Jenson Button.

As aesthetically pure as it was fast, the all-conquering MP4/4 won 15 of the 16 Grands Prix in 1988 with Senna and Prost at the wheel. It’s a record that stands to this day as one of sport’s – all sports – most seismic achievements. A decade later, the MP4-13 delivered driver’s and constructor’s titles in the Formula 1™ world championship. And in 2008, long-time McLaren prodigy Lewis Hamilton took the MP4-23 – arguably the most aerodynamically advanced racing car ever – to overall victory in the driver’s championship in only his second season. 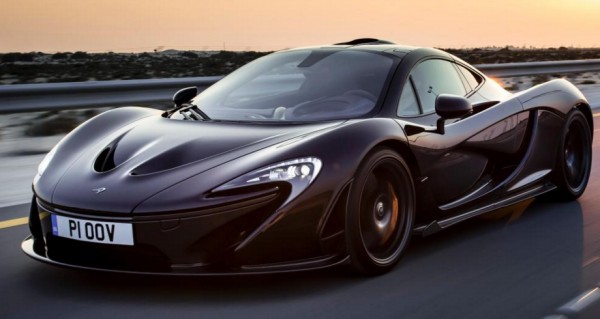 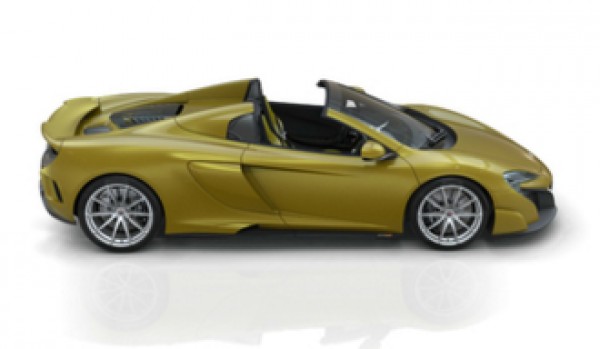 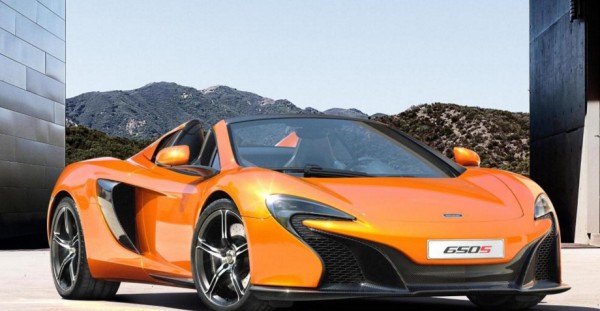 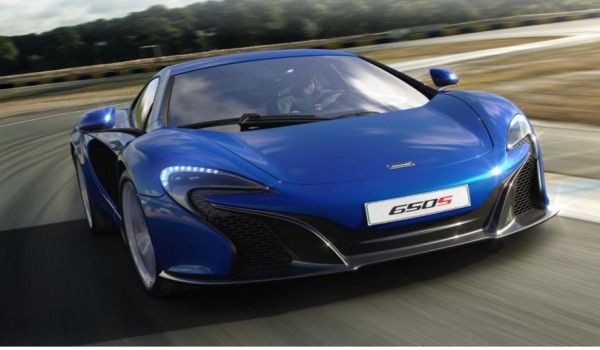 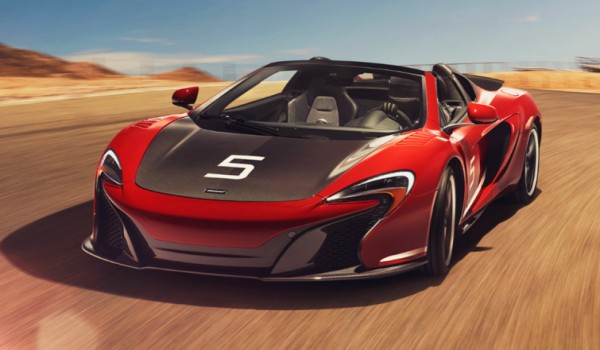 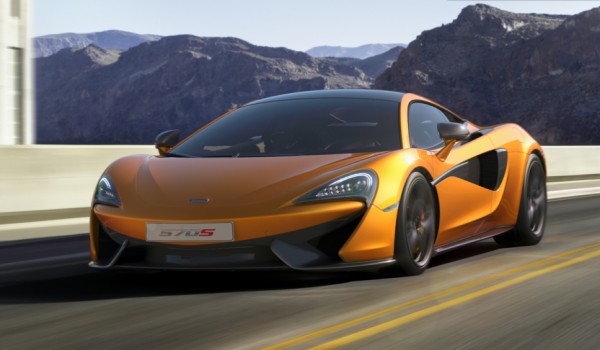 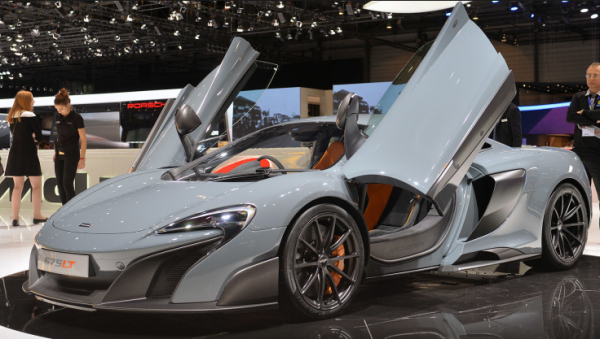 Experience the raw adrenaline of the McLaren 675LT, the lightest, most driver-focused, most exclusive series-production McLaren supercar ever built. The 1997 McLaren F1 GTR ‘Longtail’ was the ultimate evolution of the Le Mans-winning F1 GTR. Almost two decades on, the limited-edition 675LT follows its uncompromising ethos to create a visceral driving experience of unique intensity. More power, less weight, more precision – nothing has escaped our attention in the quest for perfection on both road and track. Inspired by the McLaren F1 GTR ‘Longtail’, the 675LT features striking carbon fibre bodywork that increases downforce by an astonishing 40 percent over any other model in the Super Series. Performance is similarly striking. The re-engineered M838TL V8 twin-turbocharged engine produces 675PS (666bhp) and 700Nm (516lb ft) – increases of 25PS (25bhp) and 22Nm (16lb ft) – and the seven-speed dual-clutch gearbox is now twice as fast. The carbon fibre MonoCell provides the 675LT with an unrivalled combination of lightness, safety and stiffness, in common with all models in the McLaren Super Series. But an obsessive weight-saving strategy unlocks a further 100kg reduction compared with the 650S. From lightweight carbon fibre racing seats to a 1mm thinner windscreen, no opportunity to save weight has been overlooked. Ultra lightweight forged alloy wheels and Pirelli P-ZERO™ Trofeo R tyres, carbon ceramic brakes and an uprated suspension system that embraces technology from the McLaren P1™ also contribute to the radical specification. 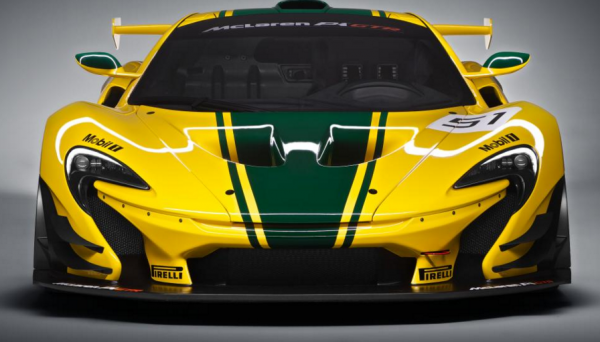 The name alone suggests how significant the car is - the first McLaren to use the GTR moniker was the McLaren F1 GTR that won the 1995 Le Mans 24 Hours. Without road-car regulations to hold it back, the McLaren P1™ GTR pushes everything to the limit. Available only to McLaren P1™ owners, production of the track-focused GTR began upon completion of the 375th and final road car. The mid-mounted powerplant has an output of 1,000PS (986bhp) and includes an ERS-style push-to-pass system. The large fixed rear wing features a Formula 1™-derived Drag Reduction System and the wing mirrors have been repositioned to the A pillars to put them closer to the eye line of the driver and reduce aerodynamic drag. The car sits at a fixed ride height on race-prepared suspension over 19-inch motorsport alloy wheels. Below the rear wing is the exposed, centrally mounted inconel and titanium alloy exhaust. This all new straight cut twin pipe design has been developed exclusively for the GTR. McLaren P1™ GTR ownership can include participation in driving events at some of the world’s most iconic circuits with specialist vehicle support. Also available is access to McLaren racing simulators with driver training from experts that have helped develop and train Formula 1™ champions. In addition, exclusive consultations with the McLaren driver fitness team and Design Director Frank Stephenson are included in the programme. Together with one of the most exciting track-focused cars ever developed, the programme offers unprecedented access to the technologies, resources and people throughout the McLaren Technology Centre. Every experience is unique and tailored specifically for each participant.