The Rhine flows unhurriedly past the windows of IWCs workshops in Schaffhausen. Just a few kilometres further downstream it plunges over the cliff face of the Rhine Falls that have made the town world-famous. And it was here, more than 140 years ago, that a corporate story began which is still being written today. The American engineer and watchmaker, Florentine Ariosto Jones, was a director of E. Howard & Cie in Boston, then one of Americas leading watchmaking companies, at the tender age of 27. At a time when many Americans were trying their luck in the west, Jones went in the opposite direction. His journey took him across the Atlantic to Switzerland, where wages were comparatively low. His plan was to found the International Watch Company, combining outstanding craftsmanship of the Swiss with modern engineering technology from overseas to manufacture movements and watch parts for the American market.

Here in Schaffhausen he found a newly constructed hydroelectric power station for his machines. Ideal conditions for his passion to build perfect mechanical movements for an international market. He also found watchmakers whose profession already had a long tradition. The State Archives in Schaffhausen include an entry dated 29 January 1583 relating to the Guild of Pyrotechnicians, Gunsmiths, Watchmakers and Hoistmakers to the City Council. This proves that the watchmaker's trade must already have existed in Schaffhausen at the time.

Originals of chronometry appeared soon after the company was established, for example in 1885 the Pallweber system pocket watch with its digital display, today a sought-after collector's item. At the end of the 19th century, IWC was one of the first watch manufacturers to recognize the potential of the new and increasingly fashionable wristwatch, for which it developed entirely new movements. It also continued to build original pocket watch movements into wristwatches when the market in the thirties demanded large, extremely accurate wristwatches. This is how the Portuguese line came into being - a trendsetting wristwatch in a "king-sized" format until today.

IWC was involved when watches had to learn to fly with the aviation pioneers and today it offers a comprehensive range of professional pilot's watches, which are fitted with special protection against magnetic fields. In the fifties the company not only led the competition in the race to introduce the first automatic movements, but also developed the so-called Pellaton winding mechanism, an unsurpassed winding system that it still uses exclusively today in its large automatic factory movements.

In the severe turbulence of the Swiss watch industry at the end of the seventies under its inspired manager, Günter Blümlein, this is the period in Schaffhausen when the points were set - contrary to the electronic spirit of the time - to take the company onto the track of mechanical watches, innovation and technically exacting men's watches. And from this conception of ourselves there grew the eye-catching advertising message: "IWC. Since 1868. And for as long as there are men." Because men's watches have also been a subject of interest to women for a long time.

The craft perfection, the training of its specialists, the renunciation of mass-market products: all of these are in keeping with the old-established principle of IWC. To make watches for small numbers of people, but watches of the highest quality. That is also the reason why, if carefully maintained, our watches last for decades. And why today they are rare items, which fetch collector's prices throughout the world.

Leading impulses for the mechanical watch come from IWC. With its more than 600 employees, the company manufactures these sought-after pieces. Since the year 2000 IWC has belonged to the watch division of Richemont International SA. 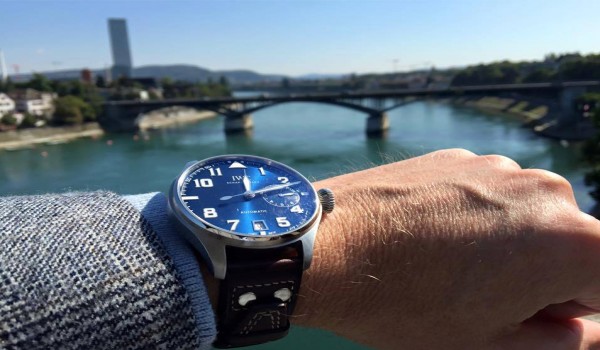 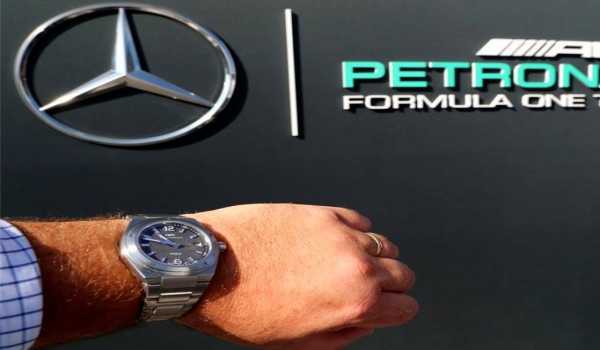 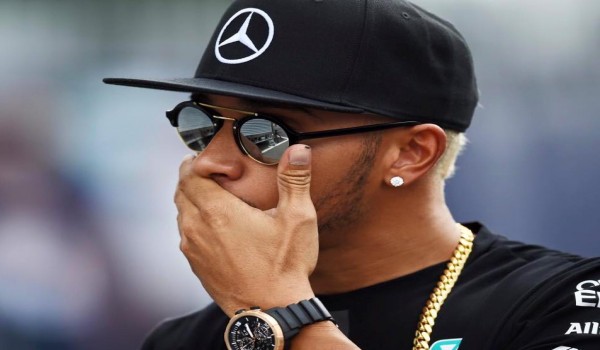 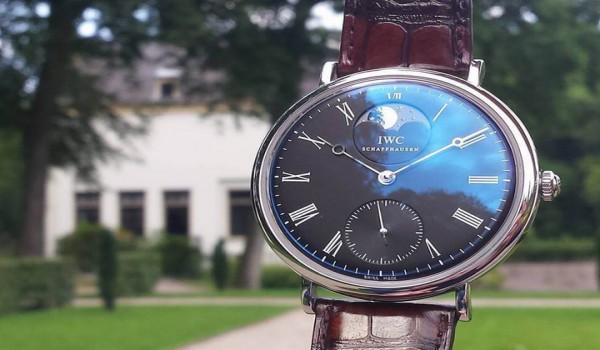 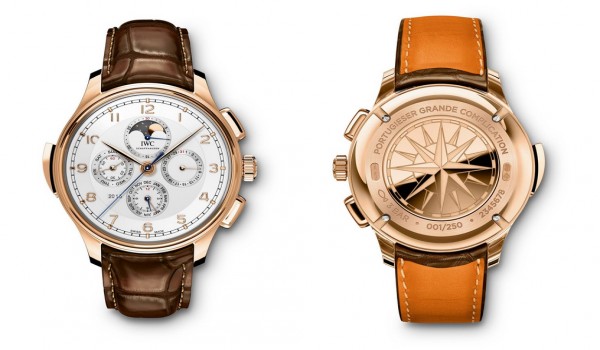 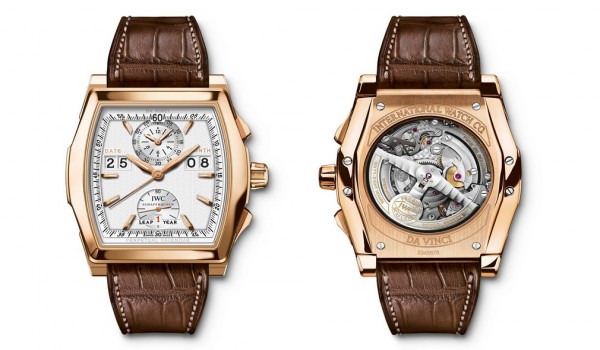 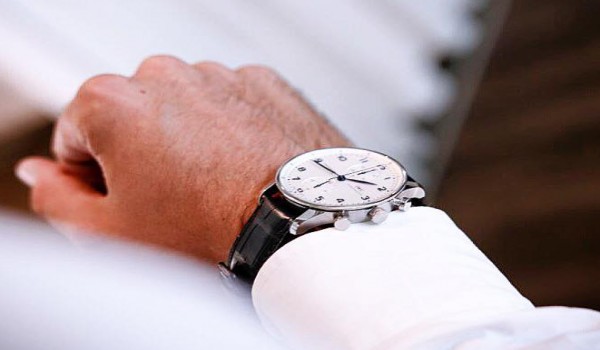 Timepieces of unrivaled precision and design 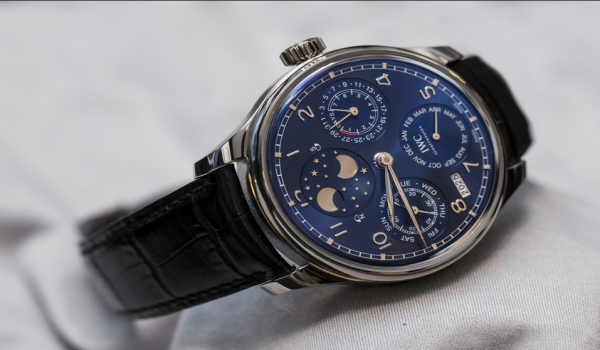 The 26th edition of the Singapore International Film Festival (SGIFF) will be held from 26 November to 6 December, later this year. Known for its time-honoured ardor for the world of filmmaking, displayed most recently at the Festival du Film Francophone d’Angoulême, Swiss watchmaker IWC Schaffhausen will support this event as an Official ‘Festival-Time’ Partner. The SGIFF is the largest film festival in Singapore, running for the longest period of time since it was founded in 1987 – an iconic event in the Singapore arts calendar. “The worlds of watchmaking and film have a lot in common, as they are both steeped in tradition and pioneering spirit. The creation of master¬pieces, be they timepieces or films, is based on skill and expertise. Films are about storytelling and so are IWC watches,” says IWC CEO Georges Kern. “We are excited to work with IWC Schaffhausen to inspire new discoveries and champion Asia’s story in film,” adds Yuni Hadi, SGIFF’s Executive Director. Aiming to help aspiring filmmakers follow their dreams, Matthieu Dupont says, “I am pleased that we are supporting an important event that recognizes and honours the passion and endeavours of filmmakers across South East Asia.” Dupont is the Managing Director of IWC South East Asia. IWC Schaffhausen’s zeal for the movie industry can be testified through its various engagements. For instance, Hollywood stars Cate Blanchett and Christoph Waltz, and famous Chinese actress Zhou Xun represent IWC on the red carpet, are also involved in joint projects, of films and photo shoots. Additionally, IWC timepieces have been used as appropriate accessories in countless films and TV series. IWC crafts masterpieces of haute horlogerie at their finest, just as films are a magnificent window of Life. Photo Credit: Haute Time. For more information, please visit the official IWC Schaffhausen website. Follow Haute Time on Instagram to catch all of the new releases as they happen. Fonte:http://www.hautetime.com/iwc-schaffhausen-partners-with-singapore-international-film-festival/69105/